“As an instance in which the gift of tongues proved of decided practical value, we transcribe the follow incident, which occurred near Council Bluffs, [Iowa] in the history of a girl of seventeen . . . from her journal [about 1847]:

‘One morning we thought we would go and gather gooseberries. Father Tanner (as we familiarly called the good, patriarchal Elder Nathan Tanner) harnessed a span of horses to a light wagon, and, with two sisters by the name of Lyman, his little granddaughter and me started out.

‘When we reached the woods, we told the old gentleman to go to a house in sight and rest himself while we picked the berries. It was not long before the little girl and I strayed some distance from the rest, when suddenly we heard shouts. The little girl thought it was her grandfather and was about to answer, but I restrained her, thinking it might be Indians.

‘We walked forward until well within sight of Father Tanner when we saw he was running his team around. We thought nothing strange at first, but as we approached, we saw Indians gathering around the wagon whooping and yelling as others came and joined them. We got into the wagon to start when four of the Indians took hold of the wagon wheels to stop the wagon and the other two held the horses by the bits and another came to take me out of the wagon.

‘I then began to be afraid as well as vexed and asked Father Tanner to let me get out of the wagon and run for assistance. He said, “No poor child. It is too late.”

‘I told him they should not take me alive. His face was as white as a sheet. The Indians had commenced to strip him—had taken his watch and handkerchief—and while stripping him were trying to pull me out of the wagon. I began silently to appeal to my Heavenly Father. While praying and struggling, the Spirit of the Almighty fell upon me and I arose with great power; and no tongue can tell my feelings. I was happy as I could be.

‘A few moments before, I saw worse than death staring me in the face, and now my hand was raised by the power of God, and I talked to those Indians in their own language. They let go of the horses and wagon and all stood in front of me while I talked to them by the power of God. They bowed their heads and answered ‘Yes’ in a way that made me know what they meant.

‘The little girl and Father Tanner looked on in speechless amazement. I realized our situation; their calculation was to kill Father Tanner, burn the wagon, and take us women prisoners. This was plainly shown me. When I stopped talking, they shook hands with all three of us and returned all they had taken from Father Tanner who gave them back the handkerchief and I gave them berries and crackers. By this time the other two women came up and we hastened home.

‘The Lord gave me a portion of the interpretation of what I had said, which was as follows:

I suppose you Indian warriors think you are going to kill us? Don’t you know the Great Spirit is watching you and knows everything in your heart? We have come out here to gather some of our Father’s fruit. We have not come to injure you and if you harm us or injure one hair of our heads, the Great Spirit shall smite you to the earth and you shall not have power to breathe another breath.

We have been driven from our homes and so have you; we have come out here to do you good and not to injure you. We are the Lord’s people and so are you; but you must cease your murders and wickedness. The Lord is displeased with it and will not prosper you if you continue in it. You think you own all this land, this timber, this water, all the horses: Why you do not own one thing on earth, not even the air you breathe—it all belongs to the Great Spirit.

One day in 2015, my wife refused to leave the celestial room of the Salt Lake temple until she got an answer to a particular prayer. As she says, she “stomped her foot” and refused to move until she was clear on what her new direction should be. She got a very clear message of love and support that day, but not a compass point to walk towards.

The nest was empty, and she felt she was ready to launch in a new direction. She was persistent and she eventually got the answer she was looking for.

“You go on. You set one foot in front of the other, and if a thin voice cries out, somewhere behind you, you pretend not to hear, and keep going.” —Geraldine Brooks

About four months later (two years ago this month), she was sitting at her desk at home. The message she had gotten at the temple was taped to her computer screen. She was thinking about the message when a clear voice said to her, “Look into chaplain school.”

Well, that’s what she did. With gusto. Within weeks she was accepted and enrolled in a 2,100-hour Clinical Pastoral Education program, eventually becoming a board-certified professional chaplain.

Yesterday was a first. As a chaplain, she can legally perform marriages, and she performed her first marriage of a young couple. She was well prepared. The ceremony was beautiful. And so was she!

“A happy marriage is the union of two good forgivers.” —Ruth Bell Graham

I am very proud of her accomplishment. She followed her heart and didn’t give up. She now works as a hospice chaplain, administering comfort to the dying and grieved. She is setting an example for our three daughters, stretching her limits and breaking down barriers. When most people at our age are ready to ride into the sunset, she galloped into the sunrise. She is truly a remarkable woman. I love her so much, and I am still busting buttons over what she has done. Hurray and bravo, [endearing nickname deleted]!! 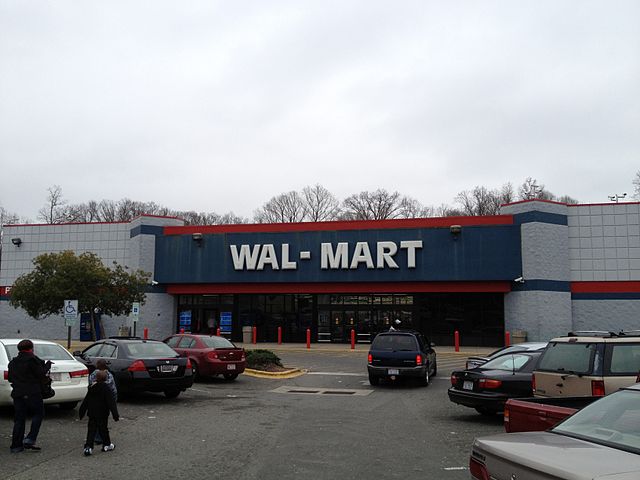 I heard a returned missionary speak in sacrament meeting today. He told a story about one of his investigators, Casey, who had been addicted to meth for 27 years. He spent a lot of time on the streets and in jail, and it humbled him. He read the Bible in jail and that helped him start to shuffle off some of his stubbornness.

When Casey got out of jail, things started to look up. He found he could keep his feet under him. He was able to hold down a job. His relationship with God deepened. After he had been clean for nearly 2 years, he met the missionaries and started taking the lessons. He eventually set a baptism date, but needed a personal confirmation that he was doing the right thing.

Casey was at a Walmart one day, shortly before his baptism, having a conversation with his Heavenly Father in the toilet paper aisle. He asked, “Well, God, I’m about to become a Mormon. Is that all right with you?” At the very moment he asked the question, a package of toilet paper fell off an upper shelf and landed right on his head! He wondered “What kind of an answer was that!” though it surely got his attention.

He had been alone in aisle. He walked around to the next aisle and found a woman there he had never seen before. As he approached her, she asked, “Are you a Mormon?”

Casey was taken aback. “No,” he said, “but I am thinking about it.”

“Well,” she said, “you should join the Church.”

A chance meeting with an angel in a Walmart aisle led Casey to a deep spiritual conviction that he was on the right path. And he took it.

Patrick attends our homeless branch in downtown Salt Lake City. A few weeks ago, he shared a story with me about his dad that I can’t seem to get off my mind.

His father Edward fought in World War II. He was an infantryman, part of the Allied invasion of Sicily in 1943. Eventually, his battalion was encamped on top of a hill, near the city of Palermo.

He was met there by a woman, a stranger, who said to him, “Eduardo! Eduardo!” as if she knew him.

While he was below the hill, his camp was shelled by Axis artillery, and when the firestorm stopped, all the soldiers on the hill had been killed. Not one of them was left alive. Only Patrick’s father survived.

Years later, Edward told Patrick the story. Patrick asked his father why he of all people was spared. Edward’s simple answer: “So you could be born.”

I am reminded of these words from the New Testament: “Be not forgetful to entertain strangers: for thereby some have entertained angels unawares.” Angels are among us—and angel voices. Some are mortal, some immortal. They have messages for us. They’ll protect and guide us if we’ll listen.