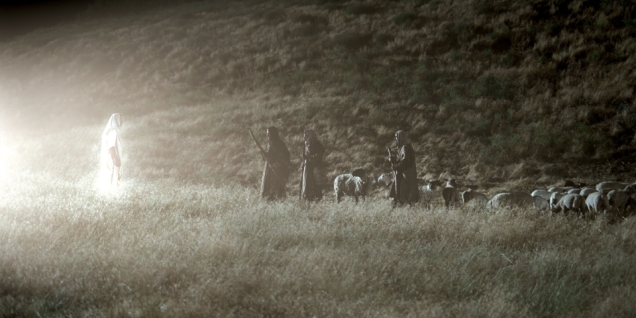 Peace comes and goes for most of us, day to day, possibly several times a day, but there is a peace that lasts. It doesn’t go away unless we choose to go away from it. It’s a peace that “passeth all understanding” (see Philippians 4:7), a peace from God. Because we come from God, it’s not surprising that abiding peace comes from Him too.

My hope is to share a few things that have given me a peace that endures in troubled times.

You’ll probably read or hear these angelic words more than once this Christmas season:

The sentiment is familiar, but the King James rendition might not have captured the original meaning.

Consider several other translations of Luke 2:14 (emphasis mine). Let’s start with the Wycliffe Bible, translated under the direction of John Wycliffe in the late 1300s:

Glory be in the highest things to God, and in earth peace be to men of good will.

Here’s how the New International Version (1970s) renders it:

“Glory to God in the highest heaven, and on earth peace to those on whom his favor rests.”

And here’s yet another sense from The Message, Edward Peterson’s translation completed in 2002.

Glory to God in the heavenly heights, Peace to all men and women on earth who please him.

There’s a theme here: Peace will come to those who please God, to men and women of good will, on whom His favor rests.

Just before He entered the garden of Gethsemane, Christ said:

Peace I leave with you, my peace I give unto you: not as the world giveth, give I unto you. Let not your heart be troubled, neither let it be afraid. (John 14:27.)

That’s not situational peace. He was about to suffer more than anyone was capable of suffering (see D&C 19:15–20), but His understanding rested on what would result from that suffering. In spite of betrayal, tribulation, or torture, in spite of what the world was saying or doing, he found a peace that was not of this world:

These things I have spoken unto you, that in me ye might have peace. In the world ye shall have tribulation: but be of good cheer; I have overcome the world. (John 16:33.)

The religious establishment of the day could harm His body and inflict on Him unimaginable pain, but they could not take His peace.

He told us in this dispensation where to find that peace:

But learn that he who doeth the works of righteousness shall receive his reward, even peace in this world, and eternal life in the world to come. (D&C 59:23; emphasis mine).

I love this verse about Enoch. It’s not often cited, but it describes to me one of the greatest sources of peace:

By faith Enoch was translated that he should not see death; and was not found, because God had translated him: for before his translation he had this testimony, that he pleased God. (Hebrews 11:5; emphasis added).

To walk the path our Heavenly Father intends us walk,  and to remain on that path, can lead us to the testimony that our course pleases Him—a lasting source of peace. If we do our best to follow our heart and conscience, imperfect as we may be, we can have faith and not be troubled about the future.

That’s my wish for you this Christmas season: A testimony of your standing before Him, and peace of mind in this world and real hope in the world to come.