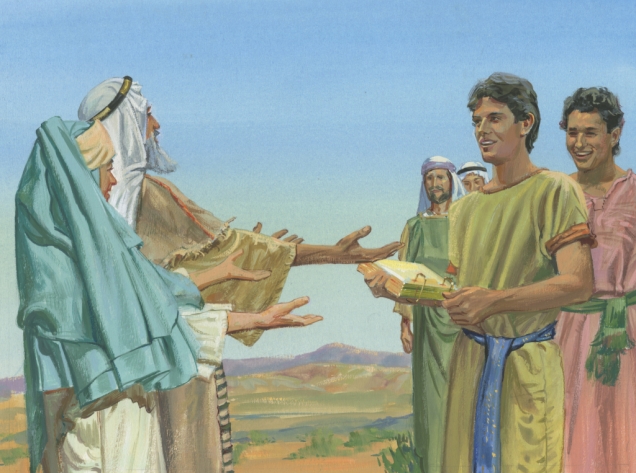 This verse has stuck with me for years. I don’t ever remember hearing it quoted over the pulpit or in Sunday school. To me, it is one of the key verses in the entire Book of Mormon because it’s like a hinge for the rest of the book. It’s from the early life of Nephi, one of the sons of Lehi, who took a spiritual approach to a big problem.

After Lehi’s revelation about the destruction of Jerusalem in around 600 AD, he left the city and traveled three days into the wilderness, leaving behind home and to escape those who protested Lehi’s prophecies and threatened his life.

Nephi’s older brothers Laman and Lemuel were none too happy about leaving behind the comforts and security of home. Nephi on the other hand wanted to believe and follow his father. He went off by himself for a time, his is what he said.

And it came to pass that I, Nephi, . . . having great desires to know of the mysteries of God, wherefore, I did cry unto the Lord; and behold he did visit me, and did soften my heart that I did believe all the words which had been spoken by my father; wherefore, I did not rebel against him like unto my brothers. (1 Nephi 2:16; emphasis added.)

It started with a sincere desire, not denial or mocking. He cried to the Lord who visited him, softened his heart, enabling him to believe his father’s words. Consequently, he did not rebel like his brothers. And that all the difference for his posterity kept faith alive for nearly 1,000 years that followed.