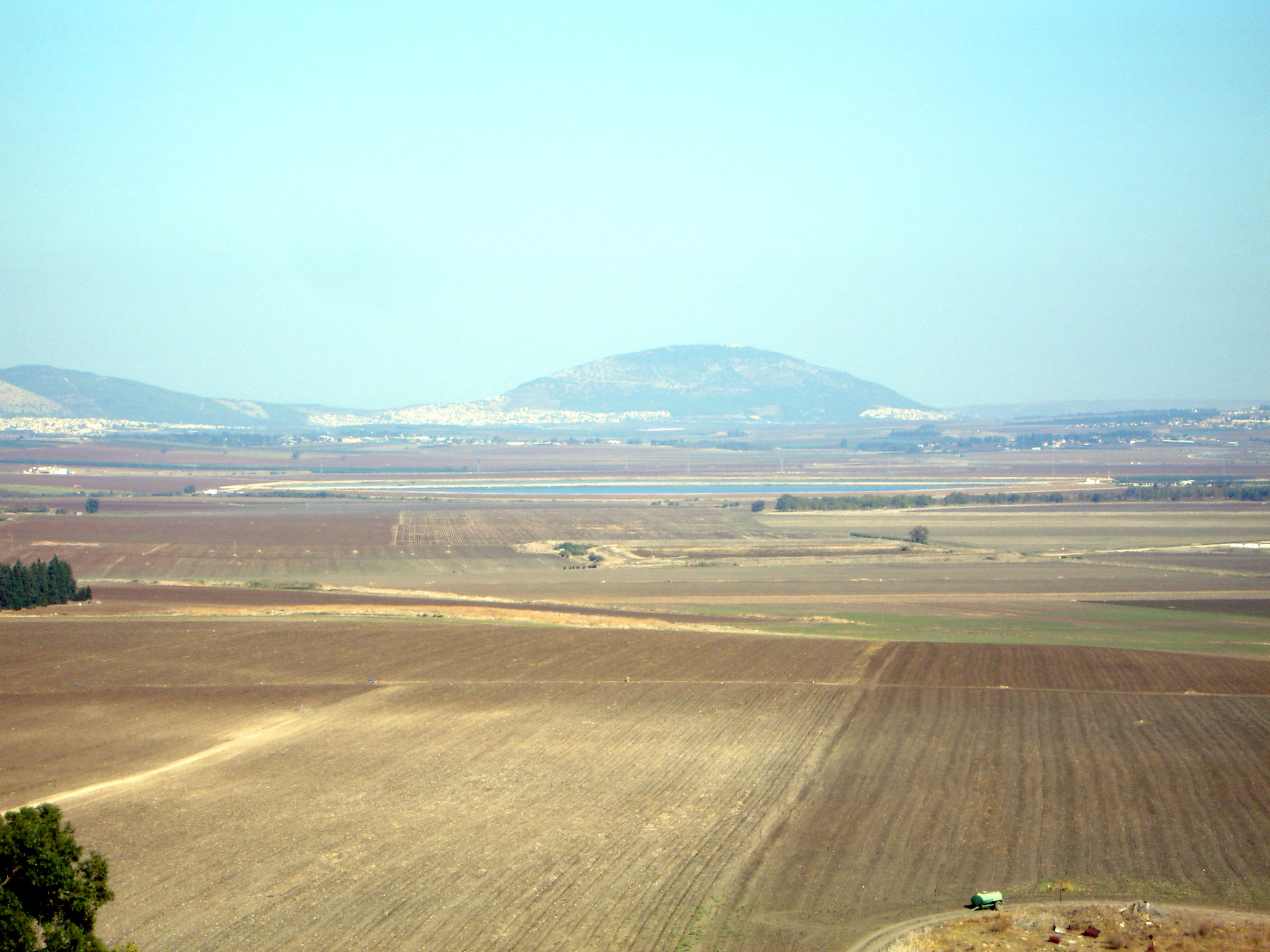 The prophet Ezekiel tells of a great battle that will take place prior to the Second Coming of Christ. It is called the battle of Gog and Magog (see Ezekiel 38 and 39).

At the time of the Lord’s coming, there will be “a great shaking” (or an earthquake) and the mountains will be “thrown down” and all walls will “fall to the ground” (see Ezekiel 38:19–20). There will also be a pestilence and an “overflowing rain”:

And I will plead against him with pestilence and with blood; and I will rain upon him, and upon his bands, and upon the many people that are with him, an overflowing rain, and great hailstones, fire, and brimstone. (Ezekiel 38:22.)

All this will take place in the valley of Jezreel, pictured here from Megiddo with Mount Tabor in the distance. The valley of Jezreel is a large, fertile valley that lies southwest of the Sea of Galilee and northwest of Jerusalem. It is also called the valley of Megiddo because of hill or tell of Megiddo which overlooks it. (A tell is a location which becomes a hill due to many people inhabiting the same spot over long periods of time.) Interestingly, the city of Nazareth, the home of Jesus from his boyhood to early manhood, overlooks this valley.

We also read in the Bible Dictionary that the word Armageddon is:

A Greek transliteration from the Hebrew Har Megiddon, or “Mountain of Megiddo.” The valley of Megiddo is in the western portion of the plain of Esdraelon [Jezreel] about 75 miles north of Jerusalem. Several times the valley of Megiddo was the scene of violent and crucial battles during Old Testament times (Judges 5:19; 2 Kings 9:27; 23:29). A great and final conflict taking place at the Second Coming of the Lord is called the battle of Armageddon. See Zechariah [chapters] 11–14, especially Zechariah 12:11; Revelation 16:14–21. (Bible abbreviations expanded.)

The prophet Joel also mentions the valley of Jehoshaphat (also called the valley of decision), which lies between Jerusalem and the Mount of Olives to the east, in connection to this time:

Another battle called Gog and Magog, or the battle of the great God, will take place at the end of the Millennium when “the devil and his armies shall be cast away into their own place, that they shall not have power over the saints any more at all”:

In conclusion, we learn from many sources that there will be a great battle prior to the coming of Christ that will take place in the valley of Jezreel and also in the valley of Jehoshaphat. This battle is commonly called the battle of Armageddon or the battle of Gog and Magog. It appears that this battle will end when Christ comes again, which will be punctuated, to put it lightly, with a great earthquake and a devastating storm. Another great battle, also called the battle of Gog and Magog, or the battle of the great God, will take place at the end of the Millennium, where the devil and his armies will be ultimately defeated for the last time.